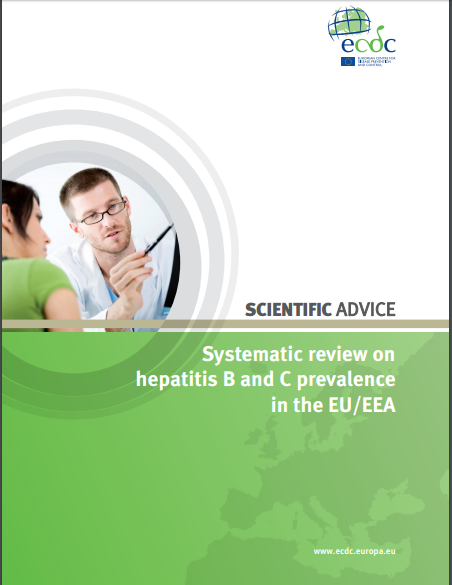 Estimate: more than 10 million Europeans suffer from chronic viral hepatitis The prevalence of HBV is estimated to be around 0.9% and of HCV about 1.1% in the EU/EEA, with an estimated total of 4.7 million chronic HBV cases and 5.6 million HCV cases. These figures are likely to be an underestimation as a result of certain assumptions in this review, such as the inclusion of the prevalence estimates among blood donors as a proxy for those in the general population, among others. Overall, countries in the eastern and southern part of the EU/EEA were found to have a higher HBV and HCV prevalence than countries in the northern and western parts. The HBV prevalence ranged from 0.1% in Ireland to 4.4% in Romania, while the report found that the prevalence of anti-HCV ranges from 0.1% in Belgium, Ireland and the Netherlands, to 5.9% in Italy. As expected, groups at higher risk of hepatitis infection, such as people who inject drugs, prisoners and certain migrant groups were found to have higher prevalence, compared to the general population. The report concludes that more robust prevalence estimates are needed to gain a better insight into the true extent of the burden of hepatitis B or C infections - both with regard to the general population and in specific risk groups in the different EU/EEA countries. This may be achieved by carrying out more robust and comparable seroprevalence surveys. With more accurate information, primary and secondary prevention measures (e.g. screening and linkage to care of at-risk populations to identify patients with chronic hepatitis B and C who can benefit from new treatment options) can be better targeted and evaluated.